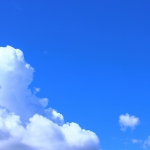 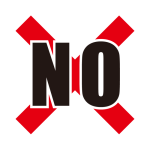 Tokyo, August 24, 2018 Midori Hirano Chairperson, DPI-JAPAN We, DPI-JAPAN (Japan National Assembly of Disabled Persons’ International) , consists of 98 disabled people’s organizations across Japan, regardless of the type and extent of disability. We have made efforts to promote realization of an inclusive society where everyone can live equally. Especially improvement of working environment and conditions which enables persons with disabilities to work equally with the others has been one of our priority issues. Upholding the Convention on the Rights of Persons with Disabilities, it has been stressed to ensuring the efficacy of the Guidelines of Eliminating Discrimination and Reasonable Accommodation formulated under the amended Act on Promoting Employment…

One year ago, 19 disabled people were brutally stabbed to death by a young man who justified his murderous attack by saying disabled people “live like animals, not humans” and that “it’s better that disabled disappear.” As we mourn, it would be wrong to dismiss this young murderer as uniquely “disturbed” or even “a monster.” Rather, his actions were simply the most extreme expression of the dehumanization, hatred and revulsion of disabled people still embedded in countless countries and cultures across the world. Disabled people are still often forced into crowded and unsanitary living conditions, barred from participation in society, and even killed. The killing of disabled people most often…