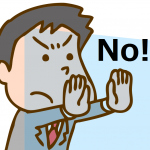 It was reported that hotels in Yokohama demanded British Paralympic teams payment for making rooms accessible as well as converting the rooms back afterwards. The following media covered the story. ▼Sean Ingle, The Guardian（24th, April 2019）” Paralympics GB stunned after Yokohama hotels demand payment for accessibility ▼KYODO, The Japan Times（10th June 2019）”Wheelchair-accessible hotel rooms still an issue ahead of Tokyo 2020 Paralympics and Olympics” DPI Japan communicated with with the Cabinet Secretariat and Yokohama City officials in order to contact the hotels for complaint and further dialogue. On inquiry the case appears actually fact, but still the names of the hotels have not been identified. Other Japanese media is also…