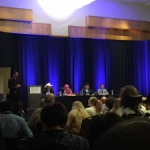 From July 22nd to 29th 2017, the Japan Council of Independent Living organized a tour to directly experience the disability movement in the U.S. and meet front runners who have been working for the rights of persons with disabilities from all over the world. 89 people, including 40 youth members (under 40 years-old), joined the tour, called “American with Disability Act tour (ADA tour)”from Japan. Besides our participation, leaders with disabilities from over 20 countries got together in Washington D.C., U.S.A. Four staff members from DPI-Japan (Satoshi Sato, Keiichiro Tamaru, Seiichiro Shirai, Daisuke Kasayanagi) joined a tour and attended the Global Independent Living Summit and the Annual Conference of the National…

Based on the needs study, which was conducted in February in Tacloban City, Leyte, Mr. Abner Manlapaz, President of Manila Independent Living Center, had made the necessary assistive devices at the local wheelchair factory, and provide them to the affected persons with disabilities on June 28th. This support project is being conducted by DPI Japan in collaboration with the Yumekaze fund. Until the day the provision was made available, Mr. Abner had cooperated with the local organizations to make the activities sustainable in the area. As a result, the white canes were provided by the organization of persons with disabilities in the Philippine, Akapinoi foundation. The coordination with the recipients…

Between June 12, 2014 －June 15, 2014, Representatives of DPI member organizations in North-East Asia Sub-Region got together in Shizuoka, Japan. Participants from Korea, China, Mongolia and Japan reported the current situation, challenges of persons with disabilities in each country and future plan of each organization. At the end of the meeting, the Shizuoka Declaration was adopted and we reassured the union of persons with disabilities in Northeast Asia and decided to have a next meeting in China in 2016. Please refer to the Report. Picture1:Representatives of 4 countries gathered Picture2:Courtesy Vsit to Deputy Governor Shizuoka Declaration(WORD、PDF) Meeting Report(WORD、PDF)

March 2014 Super Typhoon Yolanda hit the Philippines on November 8, 2013 and death toll has climbed nearly 8,000. To help people with disabilities in the affected area, DPI-Japan started to collect donation as well as collect information in collaboration with the Manila Independent Living Center for persons with disabilities, Life Haven Inc. To find a counterpart organization at site and recipients of assistive devices, DPI-Japan, between February 2 and 8, 2014, conducted a study visit in collaboration with Yumekaze Fund, which has contributed for relief activities for disaster-affected persons with disabilities. Study team including wheelchair users visited Tacloban city, Leyte which was damaged severely. As a result of the…