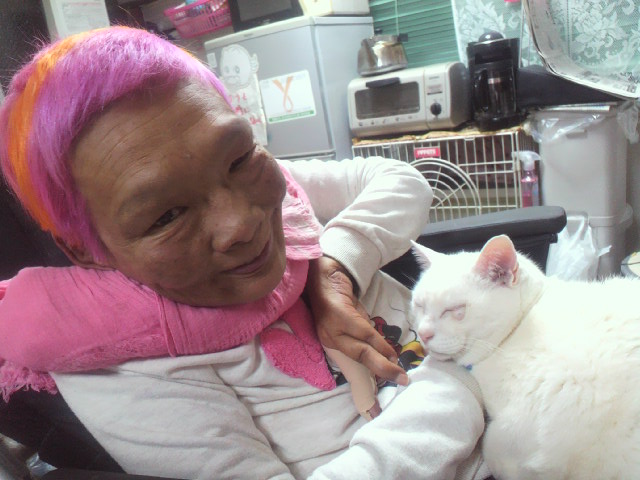 (Past) Ms. Chizuko SASAKI (佐々木千津子,1947-2013) with cerebral palsy was a member of CIL Tego-s which is one our the member organization of DPI-Japan.

Chizuko’s uterus had been irradiated with cobalt 60 when she was 20 years old as a condition for entering into an institution. The fight that Chizuko and other women started more than 20 years ago finally got some recognition by the Japan government in 2019 as the Lump-sum Payment Act.

Fewer victims have applied for lump-sum payments than expected

Two years have passed since the enactment of a lump-sum payment law to compensate for damage caused by forced eugenic surgery under the former Eugenic Protection Act. On 26 May 2021 the Parliamentary committees of Forced Sterilization under the Former Eugenics Protection Law” was held and member of committee heard a report the from the the Ministry of Health, Labour and Welfare (here after, MHLW). 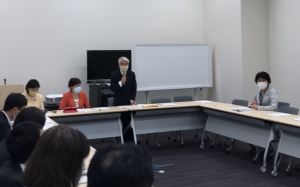 (Photo:Mr Hidehisa Otsuji, the chairman of the Parliamentary committees on Eugenics, stating that the number of people who applied for a lump sum payment was one digit lower than expected.)

The Former Ministry of the MHLW, Mr Hidehisa Otsuji, the chairman of the Parliamentary committees on Eugenics, addressed the opening session of the committee saying that the committee found that the number of applications for lump sum payments was “one less zero”, much lower than expected.

As compensation for the victims of forced sterilisation under the former Eugenic Protection Act (1948-1996), since April 2019 the lump-sum payment (3.2 million yen, due by 23 April 2024) was available for victims of eugenic surgery under the Act.

However, the number of applications is only 1,049 (as of the end of April 2021, according to the MHLW), or 3.9% of the total number of victims, which is very low in view of the Ministry’s estimate of 12,000 alive victims and the fact that the MHLW survey has identified at least 3,400 individual records.

The MHLW reported that 899 people (254 males and 645 females) had been diagnosed with leprosy, with a total of 5,390 consultations. 128 people were diagnosed with MHLW (leprosy), 100 with Miyagi Prefecture and 85 with Hokkaido. In terms of age, 323 were in their seventies, 258 in their sixties, 214 in their eighties, 64 in their nineties, 33 in their fifties, six in their forties and one in his centenarians.

In notifying the public about the creation of the lump-sum payment law, the MHLW has promoted it through websites, advertisements and organizations related to the disabled, but has not notified the victims themselves.

The House of Representatives and the House of Councillors’ Health, Welfare and Labour Committee Research Office reported that a new investigation has been launched in June 2020.

The survey is based on the principle that Article 21 of the Lump-sum Payment Law states that “the State shall ensure that the situation in which people are forced to undergo surgery to make them unable to reproduce or to undergo irradiation on the grounds that they have a specific disease or disability shall never be repeated.”

The importance of interviewing the victims who actually applied for the lump-sum payment was suggested by the committee members.

In addition, there are a number of requests from citizens’ groups regarding the procedure of the lump-sum payment and the national investigation: written requests were submitted by civil society groups (e.g., the Association of Victims and Families of Eugenic Surgery, the Association for Seeking an Apology for Eugenic Surgery, the Japanese Federation of the Deaf, ODF (the Osaka Disability Forum), the Osaka Network for Questioning the Former Eugenic Protection Law, Osaka Lawyers Group, etc.). Here are some opinions shown in the papers:

Finally, there are trials are taking place in 8 district courts in Japan, and 25 people are currently suing. First instance judgments in Sendai, Osaka and Sapporo have ruled that eugenics violates the Constitution. A district court decision in Kobe is scheduled for 3 August 2021 this year. Please pay close attention to these cases.

More from my site